The weather in our region of Spain is invariably dry. However it would be wrong to think that the sun is always blazing – although it is for a lot of the time !! For those seeking the sun, then April through to October will satisfy most people. However the other months of the year, have been known to provide some very pleasant days and New Years Day sunbathing and Valentine’s BBQs on the terrace are very common. The autumn and winter months can still be very hot, but may be best suited to those who are looking to see the sights or wander the narrow streets of Seville and Cordoba.

The Chart above shows the average annual temperatures for the Córdoba region of Spain. Casa Uno is situated to the west of Córdoba just a few kilometres from the border with Seville province.

The area boasts one of the warmest and sunniest climates in Europe. The temperature in this part of Spain is usually quite pleasant, even in the winter months. It is not uncommon to be able to sunbathe in December – we have !!

It is unusual for the temperature to fall below 10° C (which is quite pleasant). Between June and August it is very rare to have a rainy day.

If you are looking to avoid rain, then November to early December are best avoided. However, this is an excellent time for those interested in seeing the sights of Andalucía, without the impact of the energy draining sun.

Córdoba is in summer the hottest city in Spain as well as Europe, and often even more so than the nearby city of Seville.

The UK temperature comparison is based on average temperatures in London. As you will see, July can be the warmest month in the UK reaching 24 °C / 75 °F. However these temperatures are achieved at Casa Uno from April to October. However unlike the great British summer you won’t get completely washed out with rain. It is also worth remembering that the very pleasant spring days experienced in the UK are also realised at Casa Uno. Shorts and tee-shirts are possible in December, although you may experience some rain.

The temperature guides for the European Union and the USA are based on Leon in France and New York respectively.

Most rainfall: November – 100mm of rain 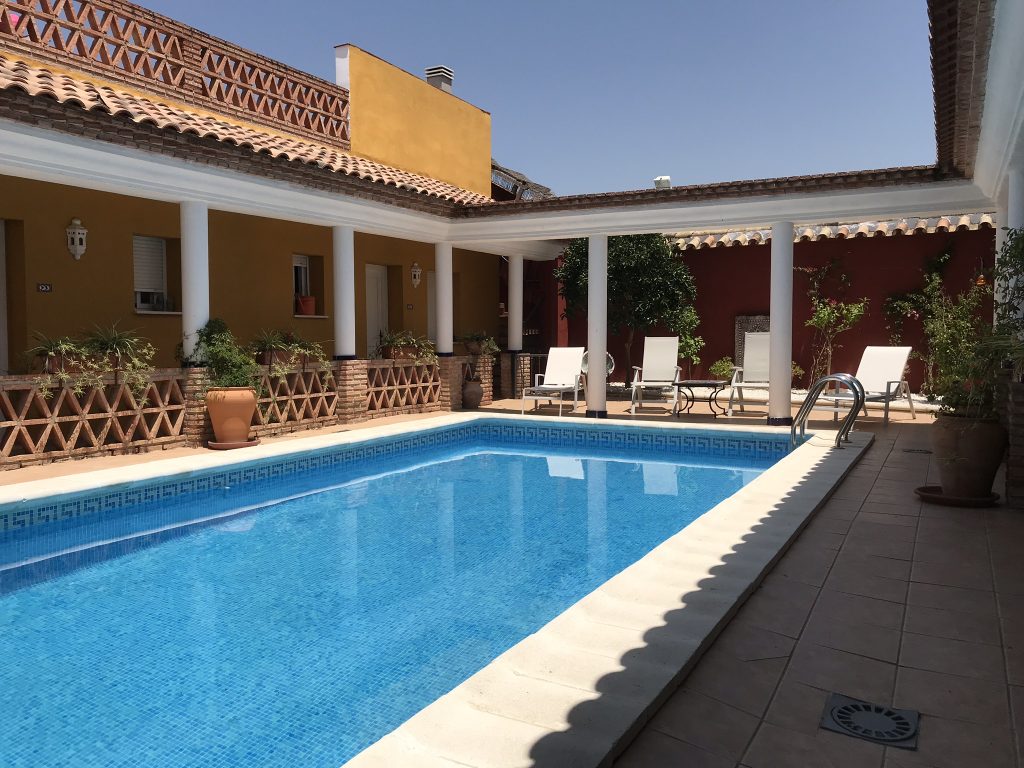