“place of dreams, where the Lord put the seed of music in my soul” – Andreas Segovia

The fairy-tale palace of the Alhambra draws millions of visitors each year and dominates the skyline. On a hill opposite is the ancient Albaicín district which embodies a microcosm of a North African village, a “Little Morocco”. with colourful market streets and tearooms. Behind the area stands Sacromonte, the traditional home of cave-dwelling gypsies.

Granada was first occupied by the Moors in the 8th century. Following its fall to the Catholic Monarchs in 1492 and the expulsion of the Moors, the city blossomed in Renaissance splendour. The old city centre around the cathedral is a maze of narrow one-way streets. It contains the Alcaiceria -a reconstruction of a Moorish bazaar that burned down in 1843. From Plaza Nueva the road Cuesta de Gomerez leads up to the city’s two principal monuments: the Alhambra and the Generalife.

As you first approach Granada you cannot fail to be impressed by the spectacular Sierra Nevada mountain range that serves as a backdrop to the city. It is not unusual to still see snow on the peaks as late as June.

The city is crossed by two rivers Genil and Darro which serve to separate the two distinct hills on which the Alhambra and the Albaicín districts are situated. As you get closer to these areas the city takes on a quainter feel with picturesque parks and places to chill.

When it comes to recommending the 5 places you should consider visiting, Granada has a clear winner : 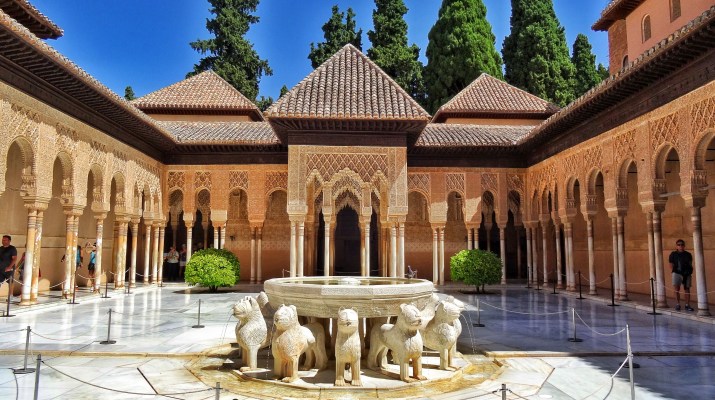 Important : Book your tickets several weeks in advance. Do not come to Granada expecting to turn up at the Alhambra and be able to gain admission. Only 6,600 tickets are issued each day, all with a dedicated time slot. Miss your slot and you won’t get in. So what is all the fuss about ?

The word Alhambra translates to The Red One or The Red Palace and when caught by the sun it certainly lives up to its name. While there are several other ancient palaces and fortresses in Andalucía this is clearly the biggest and the best. It is also still in excellent condition.

It was originally constructed as a small fortress in AD 889, Mohammed ben Al-Ahmar of the Emirate of Granada, who rebuilt it in the 13th century and is responsible for its current palace and walls. It was converted into a royal palace in 1333 by Yusuf I, Sultan of Granada. This is the place where Christopher Columbus received royal endorsement for his expedition. It was later partially reconstructed in a Renaissance style. It has numerous impressive rooms and outlying buildings.

In 1984 it was designated a World Heritage Site. 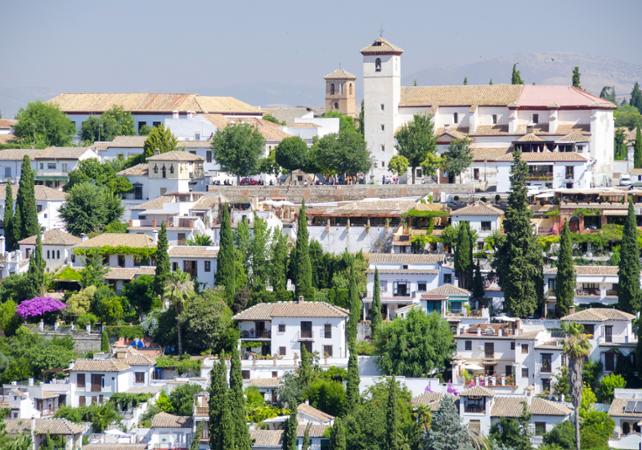 A visit to Albaicín is a trip back in time. The area maintains the layout of Medieval Moorish narrow streets. With its neat narrow lanes and well-kept traditional houses, the area has retained its old charm. Albaicín is especially famous for its dramatic views overlooking the Alhambra palace.

The Church of San Salvador, was (as seems to be the custom) built over the Albayzin mosque. As with the Mezquita of Cordoba, it is known for its extraordinary horseshoe arches. However if you only visit one church in this district make it the Church Of San Nicolas. From here you will have a spectacular view of the Alhambra with the spectacular Sierra Nevada backdrop. Make sure you take your camera.

The district also feature some Arab baths and bars and restaurants – many with views of the previously mentioned spectacular hill top fortress. 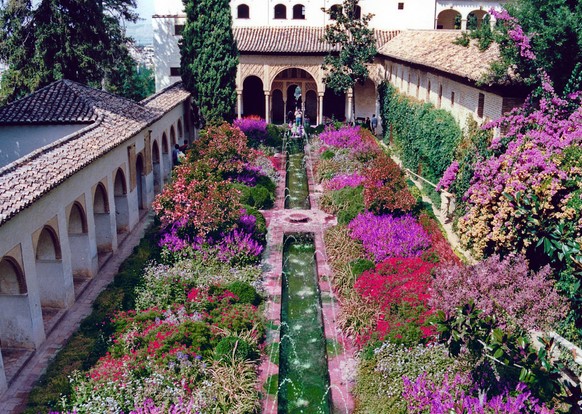 Even the Kings and rulers of Spain could get a little fed-up with the continual splendour of the Alhambra. As such, they created a far simpler place to relax when the burdens of ruling became too much !!

It is often referred to as the Architect’s garden. This is a place where nature (albeit perfectly designed nature) is the star of the show. The beautiful gardens, patios and vistas are a perfect place to relax. The spectacular fountains and pools make the place seem cool and fresh. A perfect place for the Sultan of Granada to chill-out after a hard day on the throne !

The road by the river Darro (Carrera del Darro) is simple a lovely place to walk. It links the more modern part of Granada with the Albaicín.

There is a distinct medieval feel to the area, with cobbled streets and old stone bridges. It runs between the river, the forest of the Alhambra and the Almanzora, which continues up the incline of Gomerez.

If your visit or holiday is a romantic one then this is the place you should come. It has lots of nice restaurants and the sympathetic lighting in the evening enhances the charm and feel of the street. If you are planning to stay overnight or for a few days then there are some very nice hotels. If you ask for a room facing the river you can wake up to the sound of running water, which is nevertheless rendered inaudible by the nosiest ducks in the world !!! 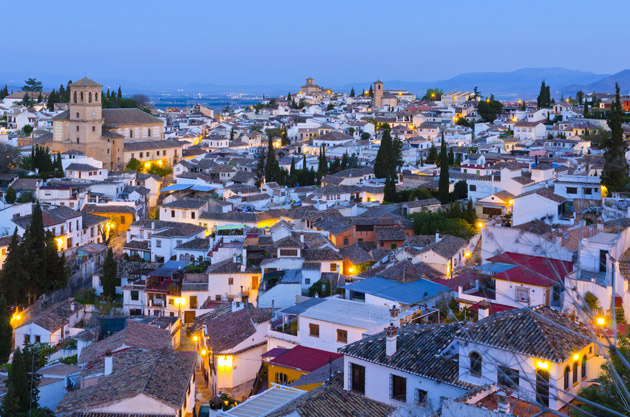 This is a beautiful hillside village just a little way out of town. It is the historical home to Gipsies and is therefore the place to go if you want to take in a little flamenco during your visit. Music is everywhere – or so it is claimed.

The area features a whole series of caves and as is very traditional in this part of Spain many have been converted into homes and other dwellings.

A walk to the Abbey will not only be good for your health but again you will rewarded by stunning views.

While you may be keen to see the sights of Granada, you equally may not want to spent too much time away from the comforts of your holiday home. The good news is that with a little careful planning and an early start you can get there, see what you need to see and be back at Casa Uno for an evening on the terrace. There are lots of hop on – hop off sightseeing services in Granada but for a bit of fun we recommend the Granada City Tour train. You can book in advance and plan your route. 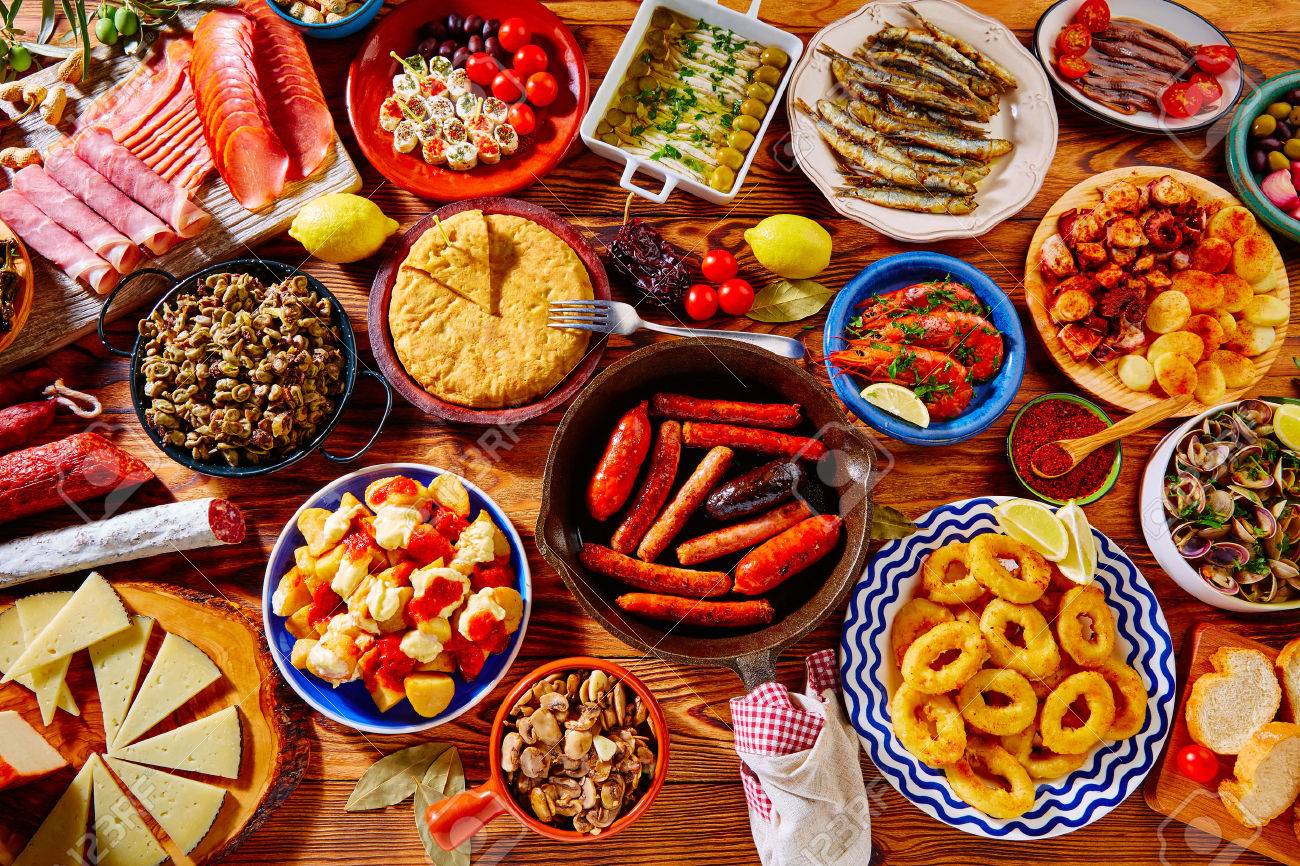 One of the highly unusual, but nevertheless welcome features of a visit to Granada is the free tapas. When you sit at a bar and order a drink it is very common for the waiter to come back a few minutes later and deposit a little tasty snack on your table. Don’t worry – he hasn’t made a mistake or got his orders wrong. Free tapas is a Granada custom – enjoy it !!

Your perfect base to explore all Andalucía

Granada is situated approximately 204km South East of your holiday home – Casa Uno. In English money ! 204km is approximately 127 miles. It is a straightforward journey simply by following the road signs on the A45 and subsequently the A92.

A relatively simple drive –  Parking in the street can prove difficult and you may be better off and safer using one of the many underground car parks throughout the city.

Tickets can be purchased on-line from the ALSA bus company. Tickets can be a cheap as €5. You would first need to get a bus from La Carlota to Cordoba which would make an overall journey time of 5 hours.

It is possible to get a direct train from Posadas (which is easier to use than Cordoba Station). Tickets can be booked direct from RENFE

Just like every other Spanish town and City Granada will also have its own fiestas. These tend to reconcile on or around various Saints feast days. Unusually, given its close proximity to the snow-capped Sierra Nevada some of the most popular take place early in the year, so if you intend to go make sure you wrap up warm.

The celebration of the three Kings features heavily with a procession of Messer’s Balthazar, Caspar, and Melchior through the town typically followed by 30 or so carriages featuring religious and nativity scenes.

San Cecilio is the patron saint of the region (not the city). He was allegedly murdered by the Romans on the site of the catacombs at Sacromonte. Therefore there is a pilgrimage and procession from the town to the catacombs.

Held to celebrate the region of Andalucía becoming an autonomous community of Spain on 28th February 1980. Every town and city will mark the event with most businesses and shops closing. Some towns will hold Carnivals and other events to mark the day, while others will spend a quiet day relaxing. We are not sure how Granada celebrates so if you find out – do please let us know !

Yet again every village town and city in Spain will celebrate this event. While they all do the same thing, they nevertheless all have their slight variations. You don’t have to travel all the way to Granada to enjoy an Easter Sunday procession. You can stay enjoying your time at Casa Uno and simply open the doors at midday and watch the Las Pinedas procession march right past your door.

On this day the streets and squares of Granada are adorned with red crosses, most made from flowers. There is food, fiesta and dancing. This is a day when the women folk in particular wear traditional Andalucian dresses which adds another level of colour and vibrancy

This is the big celebration of the patron saint of the city of Granada. This will therefore be big and noisy with celebrations lasting well into the small hours. Fireworks, bullfights wine and dancing. This one will have the lot – except decent sleep !