Something for everyone  – A great day out

One of our favourite days out is a trip to the town of Almodóvar del Río and its Hilltop castle. The good news is that it is not very far away, in fact if you are able to see over the rooftop terrace wall at Casa Uno then the castle is clearly visible.

It takes approximately 30 minutes to drive from Casa Uno to the town of Almodóvar del Río.If you have kids staying with you (of any age) then this is a must do day out.

The castle is far from a ruin. Although it is an ancient castle dating back to the 13th Century, it was completely renovated in 1937 by its owner the 12th Count of Torralva.

The castle boasts spectacular views of the Andalusian countryside and is a great place to understand the sheer size and beauty of the Spanish landscape. For fans of the TV series Game of Thrones the castle is also a must. The castle appeared in series 7 episode 3 under the name of Highgarden, which is the ancestral home of House Tyrell. Scattered throughout the castle are scenes from Game of Thrones where you can put yourself in the same place as the TV series. Perhaps the most spectacular is the balcony where Olenna Tyrell, played by Diana Rigg, looked out over the approaching armies before the sack of Highgarden.
But for us the best part of the day is to come back down the hill and have a late long leisurely lunch at Restaurante Asador El Campero that sits just behind the car park – Just check it is open !!! Like most Spanish restaurants it may not be too spectacular inside, but to sit outside with a cool beer or glass of white wine while eating prawns in their shell with the spectacular castle as your backdrop is very memorable. For us the food at this restaurant is some of the best we’ve had in Andalucía

Close by there is the dramatic nature park of Embalse de La Brena II, which besides stunning views also boasts a very large lake 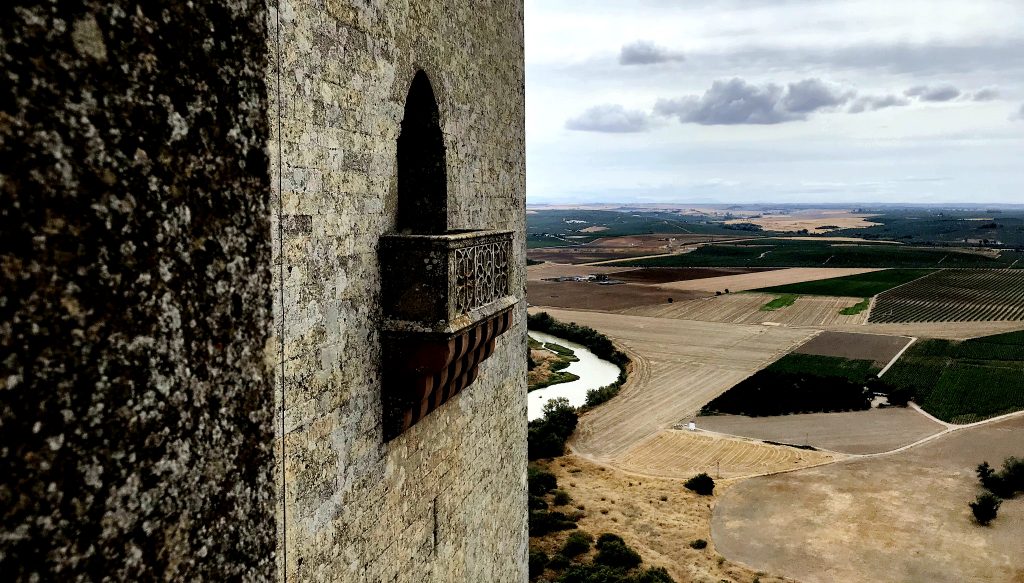 Your perfect base to explore Almodóvar del Río & Andalucia 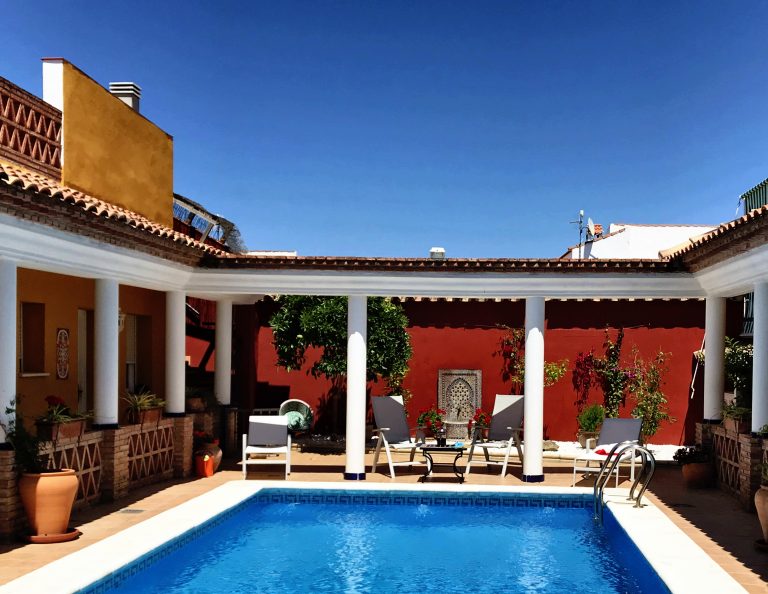 Your perfect base to explore
Almodóvar del Río 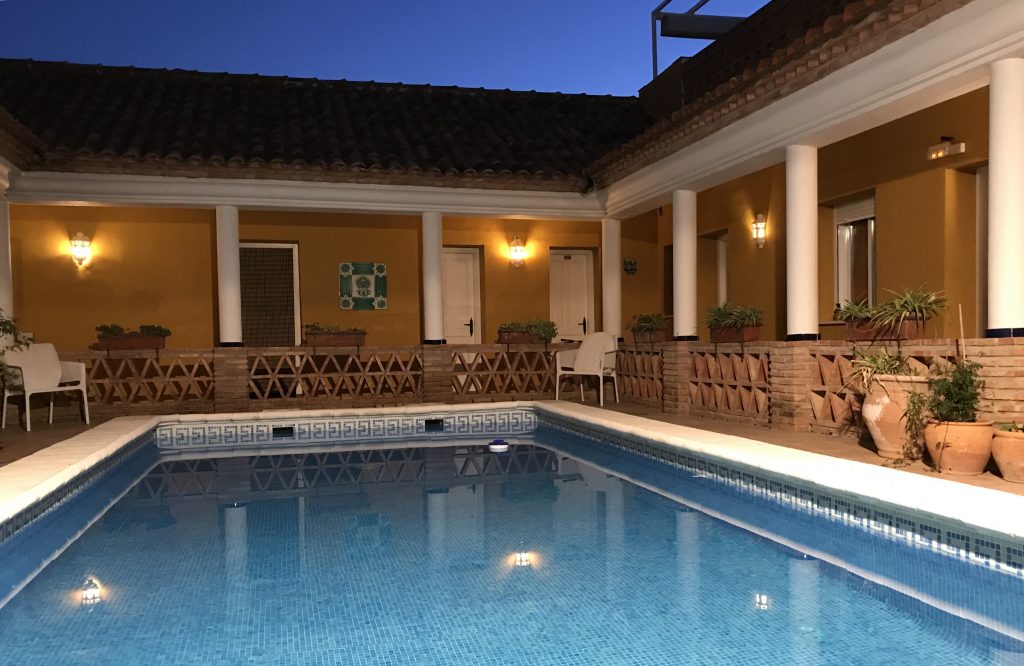 Almodóvar del Río is situated approximately 29km North of Casa Uno. It is an easy drive for those going by car as you will be able to see the castle from the moment you leave the village

Getting to Almodóvar del Río :

A relatively simple drive –  Free Parking is usually available in the large car park at the foot of the castle. There is also disabled parking at the top of the hill, although this may appeal to the more adventurious driver, as to meet a car or castle bus comming the other way can be a bit hair raising.

Buses to Seville and many other places are available from the local town of La Carlota. Tickets can be purchased on-line from the ALSA bus company

This is a celebration across the whole of Andalucía, held to celebrate the region becoming an autonomous community of Spain on 28th February 1980. On this day most businesses and shops will close. Look out for local towns holding Carnivals and other events to mark the day

This celebration is at the begining of May and includes the Romeria de la Virgen de Fatima, which falls on the second Sunday in May

This falls in the first week of October and also includes the towns feria. Remember ferias tend to be very loud and go on into the small hours of the morning !!!!